I Can't Tell My Book By Its Cover

Yesterday, I finished the first draft of my second book; now for edits and rewrites.  But while the book is being edited for both content and my usual flagrant misuse of hyphens, I have to get rolling on the cover.  For the first book, I lovingly tinkered with the cover for a couple of weeks, using everything I have ever learned in Photoshop.  I ended up with a sort of comic-book looking depiction, and it turned out a lot of people really hated it (see it still at Goodreads, along with other nominees for “Worst Cover Art”).  So, about three weeks after publication, I did some alterations and that is the current cover (Special Offers).  Since the new version went up, at least no one has said it’s the worst cover they’ve ever seen - an improvement for sure.

Now, I am confronted with designing the cover for the still-untitled sequel.  Below are two early-stage versions of potential cover art.  The first sort of depicts a scene from the book: 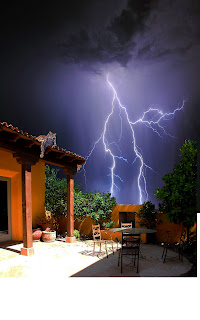 The other really doesn’t have much to do with the book but I think it looks cool: 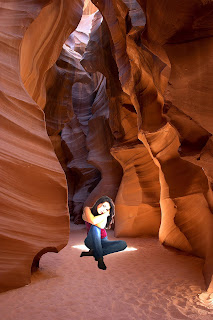 Such a dilemma.  Plus, I keep thinking that I should just cough up some money and get a “pro” to do it instead.  My only hesitation – well, not really the only one, but the most pressing – is that the covers from artists I can afford don’t look better than what I can come up with, and most of them kind of look the same.
I really don’t want the ubiquitous kick-ass heroine with midriff-baring /skin-tight black leather/ rear-view…you know what I’m talking about (check out this U-Tube video; it sums up the problem better than I can).  A significant percent of urban fantasy/paranormal romance books have pretty much the same image gracing the covers.  Hell, my first book's cover is a tame variation on the theme.

I guess I'll continue trying to come up with a cover that I'm happy with, and if I can't, I'll bite the bullet and fork out some dough.  Any feedback is appreciated!
Posted by M.L. Ryan at 7:46 PM